My first throwback travel post goes to one of my favorite places I’ve visited: Nantucket!  A small island off the coast of Cape Cod, Nantucket is world renown for its whaling history and swanky million dollar beachfront properties.  An exclusive and relaxing retreat destination, my friend Stephanie and I decided to jet off for just a 36 hour autumn getaway last October.

Getting to Nantucket is much easier than most people think.  I was able to snag a fairly inexpensive ticket with only one layover in Boston from Detroit.  There are direct flights from select airports (Boston, NYC, etc.), so that’s an option if you’re coming from one of those cities as well.  In addition to flying, you can also take a ferry over from Cape Cod.  I opted out of this because the price of the ferry combined with a flight to Boston and Uber ride to Cape Cod equaled to the price of the flight with a layover.  And it also saves time!  Once on the island, Stephanie and I grabbed a taxi (there were no ubers available when we were there) and took a quick 10 minute drive to our hotel. 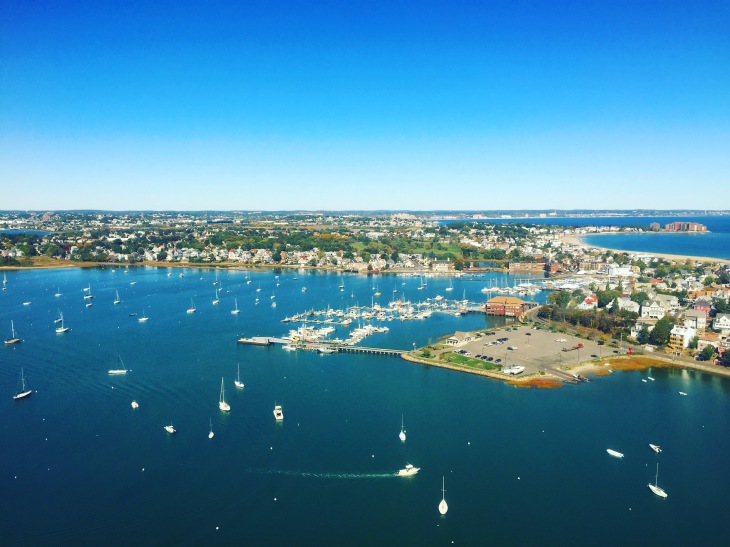 We picked the 4-star Roberts Collection, which is 4 quaint homes all next to one another in the center of town.     It’s only a few minute walk to many shops and the harbor, as well as being surrounded by many delicious eateries.  And the price was very inexpensive as well!  We only paid $99/night to stay in a king size room in The Meeting House, one of the Roberts Collection’s homes, although it did come with a shared bathroom.  We were initially hesitant on the idea of a shared bathroom but there were only 3 rooms for 2 bathrooms, so we never encountered a wait time and it was very clean. 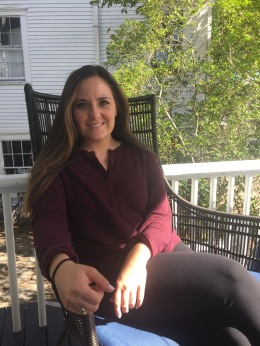 After a quick photo shoot by the harbor, Stephanie and I set off to eat some food and picked The Brotherhood of Thieves, just a block from our hotel.  The food was fairly decent but drinks were outstanding.  I’d recommend the Moscow Mule, as I had quite a few and had no complaints. 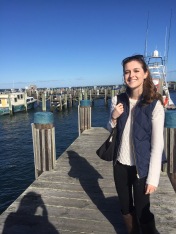 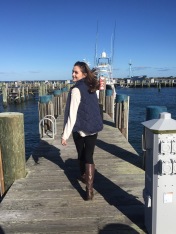 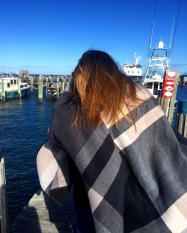 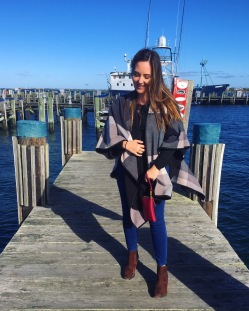 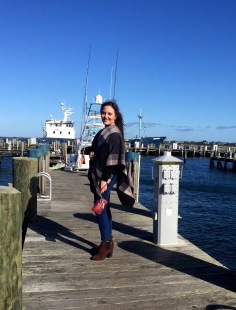 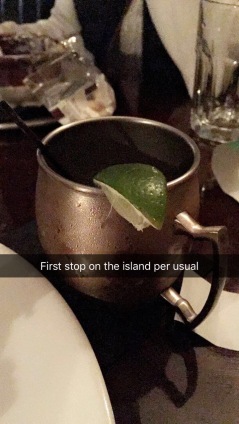 Before heading out for the night, Stephanie and I grabbed a latte and walked around town in the wonderful crisp October weather.  Oh how beautiful New England is in the fall… 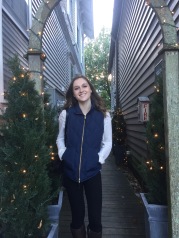 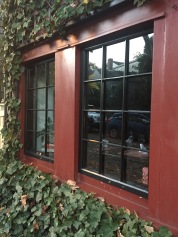 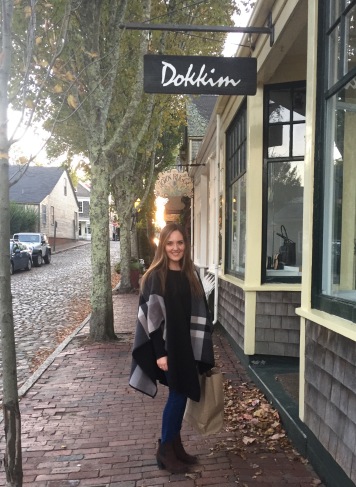 Of course, a trip to Nantucket wouldn’t be complete without a visit to The Chicken Box.  This seems to be where everyone comes to party–young, old; local, tourist.  Once inside, we were shocked at the men: women ratio.  Until we found out we happened to come on the same weekend as the Cranberry Cup.  Let me tell you about the Cranberry Cup… It’s some hockey tournament that amateur teams come to compete in every year on Nantucket.  So there were about 5 girls in the bar and 200 guys.  Not complaining!

The next day, Stephanie and I wanted to see more of the island, so we rented two bikes and took a ride.  First stop was The Chicken Box to pick up my credit card, as I, per usual, forgot to cash out the night before.  But once we made that quick pit stop, off we were to see the island!  We checked out the classic Brant Point Lighthouse, took many “candid” photos in front of it and then headed off to Cisco Brewers.  Cisco offers not only locally made Nantucket beers but also features a winery (Nantucket Vineyard) and distillery (Triple Eight Distillery).  We did a quick wine tasting, picked up a few beers and hung out by the brewery’s patio, where a local band was jamming and people were playing horseshoe.  Everything was great at Cisco–the drinks, the vibe, the people.  I’d go back in a heartbeat. 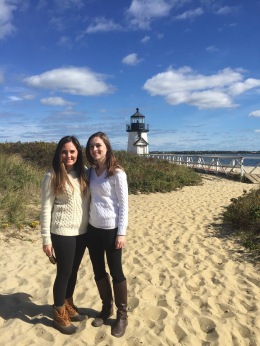 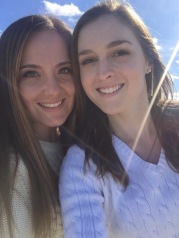 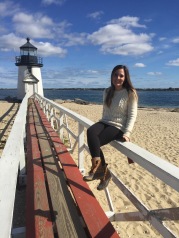 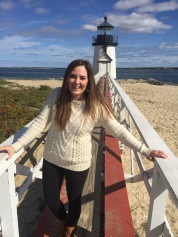 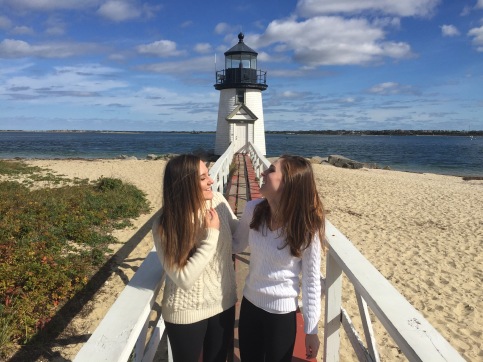 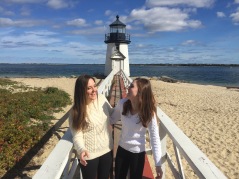 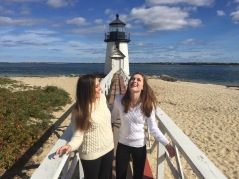 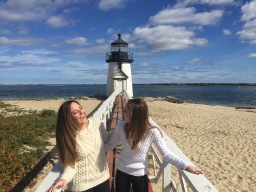 Last stop of the bike ride was Cisco Beach, just a stone throws away from the brewery.  We watched the sunset on this beautiful beach, where the bluffs glowed from the sun and reeds swayed gently in the wind.  It was a great way to end the day, as we quickly rode our bikes back before it got dark and headed back to our hotel. 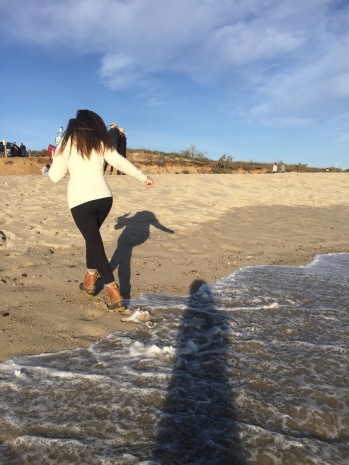 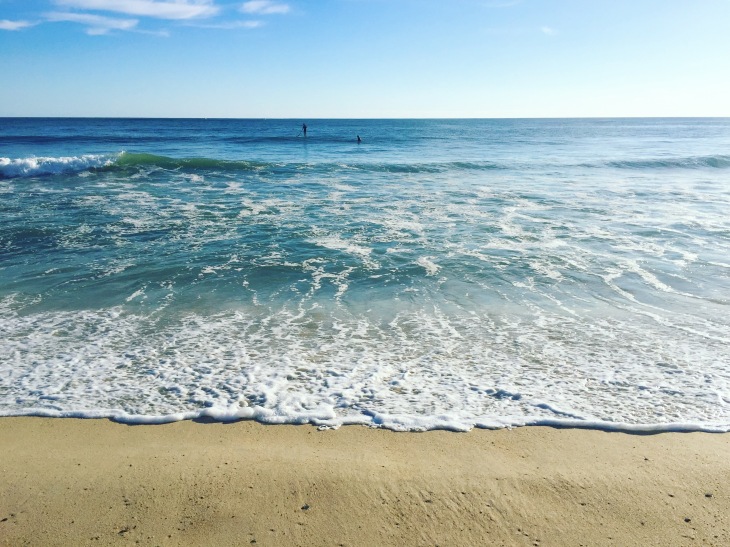 Once Stephanie and I prepped ourselves for dinner, we headed out to the Sea Grille, an elegantly Cape Cod styled restaurant, specializing in seafood.  Although I had a steak instead, I tried some of Stephanie’s lobster and it was delicious!  We had a few “Dark and Stormy’s” and headed straight to The Chicken Box afterwards, where we danced away our dinner calories and drank from the infamous Cranberry Cup trophy. 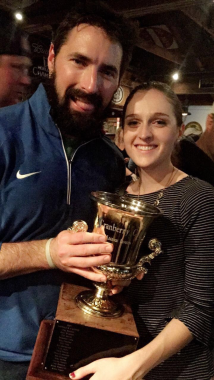 Our last morning in Nantucket before our flight was spent shopping around the town.  Stephanie and I picked up a few souvenirs, including my infamous red Nantucket sweatshirt from The Sunken Ship, which I wear nearly everywhere since it’s so comfy.  It was a great weekend getaway and I can’t wait to go back some day!